California Gallivanting, Culture-Shock, Among Other Things

Yes, I know.  It's been a month since I've updated, mainly because a) I'm now back in Baltimore and exciting travel stories have been few and far between, and b) I've been insanely busy getting ready for the launch of this little beauty: 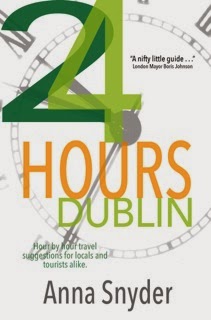 For anyone in the Baltimore area curious about what there is to do in Dublin or planning a trip to Ireland at any point, I will be giving a talk about some of its best pubs, activities, cafes, shops, and so on at 1:00 pm on April 12th, at Ukazoo Books on Dulaney Valley Road, right across from the Towson Town Center.  If you have any questions at all, stop by for tea and goodies!

To round off the end of my most recent stint of travels, I flew into San Francisco to visit my age-old friend Rima and her awesome roommates.  I've been to San Fran twice before - once with my dad and once with my sister - and I was barely in the city an hour before I remembered just how much I love it.  I'm not sure if it's the blustery weather or the hills or how pleasant the locals are, but there's just a great energy to the place that makes you want to eat avocados and exercise and be overwhelmingly friendly to everyone you meet.

So over the course of the weekend Rima took me all around the city and to more social engagements than I'd been to in the past two months.  (I seemed to get free food and drinks wherever we went, so I was very pleased with the itinerary.)  There was a dinner party at a beach house with her soccer team, an early-morning nature walk along the coast, a going-away party at a super-secret speakeasy bar where you have to utter a password at the front door and then another password to gain admittance to an even secreter bar behind a bookcase - I had the single most luminous and delicious cocktail of my life, though I can't remember what went into it... vermouth and brandy and a cherry, among other things - and a fundraiser for an AIDS/LifeCycle to San Diego that she and her roommates are taking on.

Though we had only one cold, foggy day left to do touristy things after all of Rima's social engagements were taken care of, we got a good deal of it done.  We had clam chowder in sourdough bread bowls down by Fisherman's Wharf, we saw the sea lions sprawled out over the pontoons in the bay, and we ambled through Pier 39. 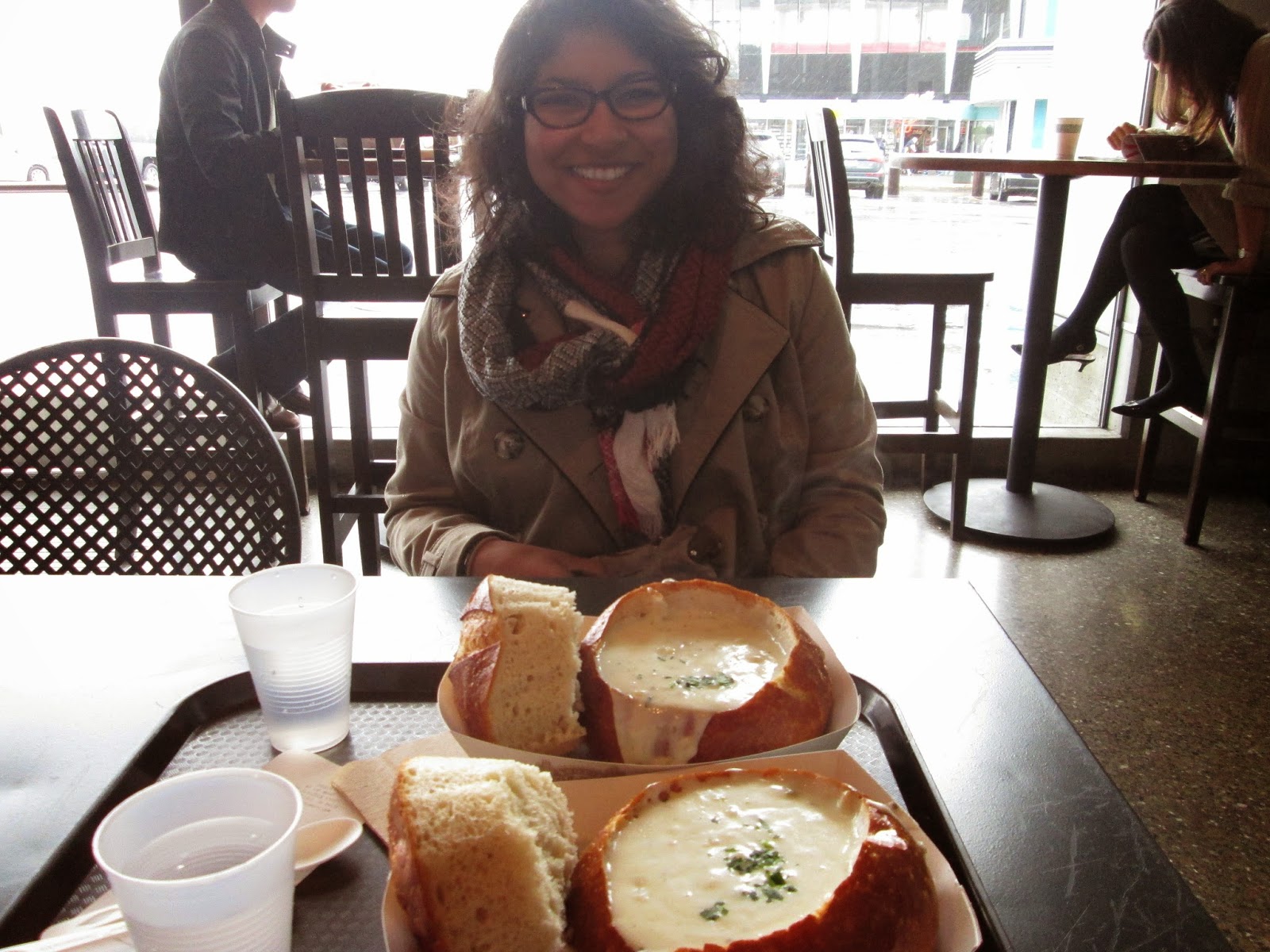 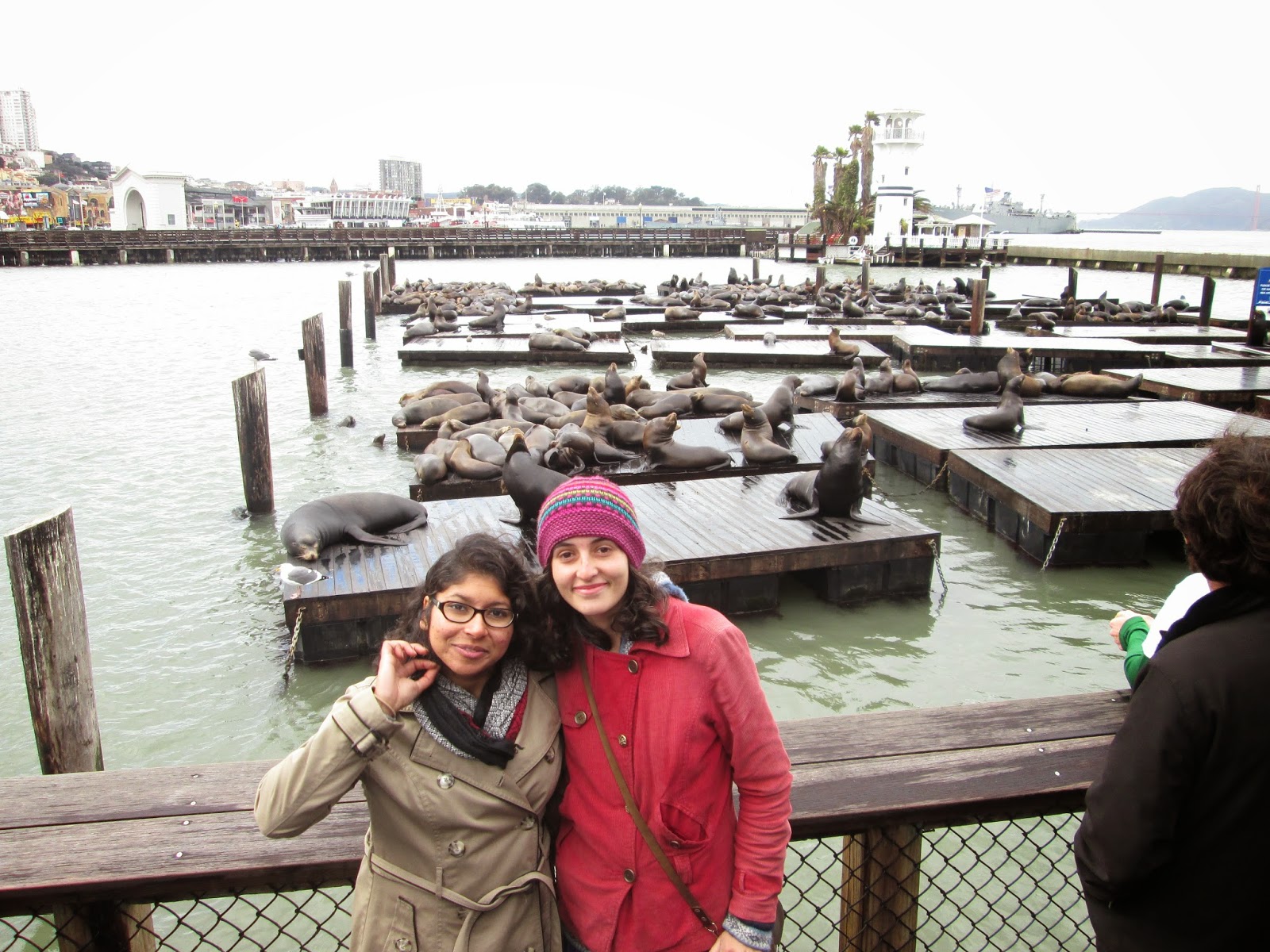 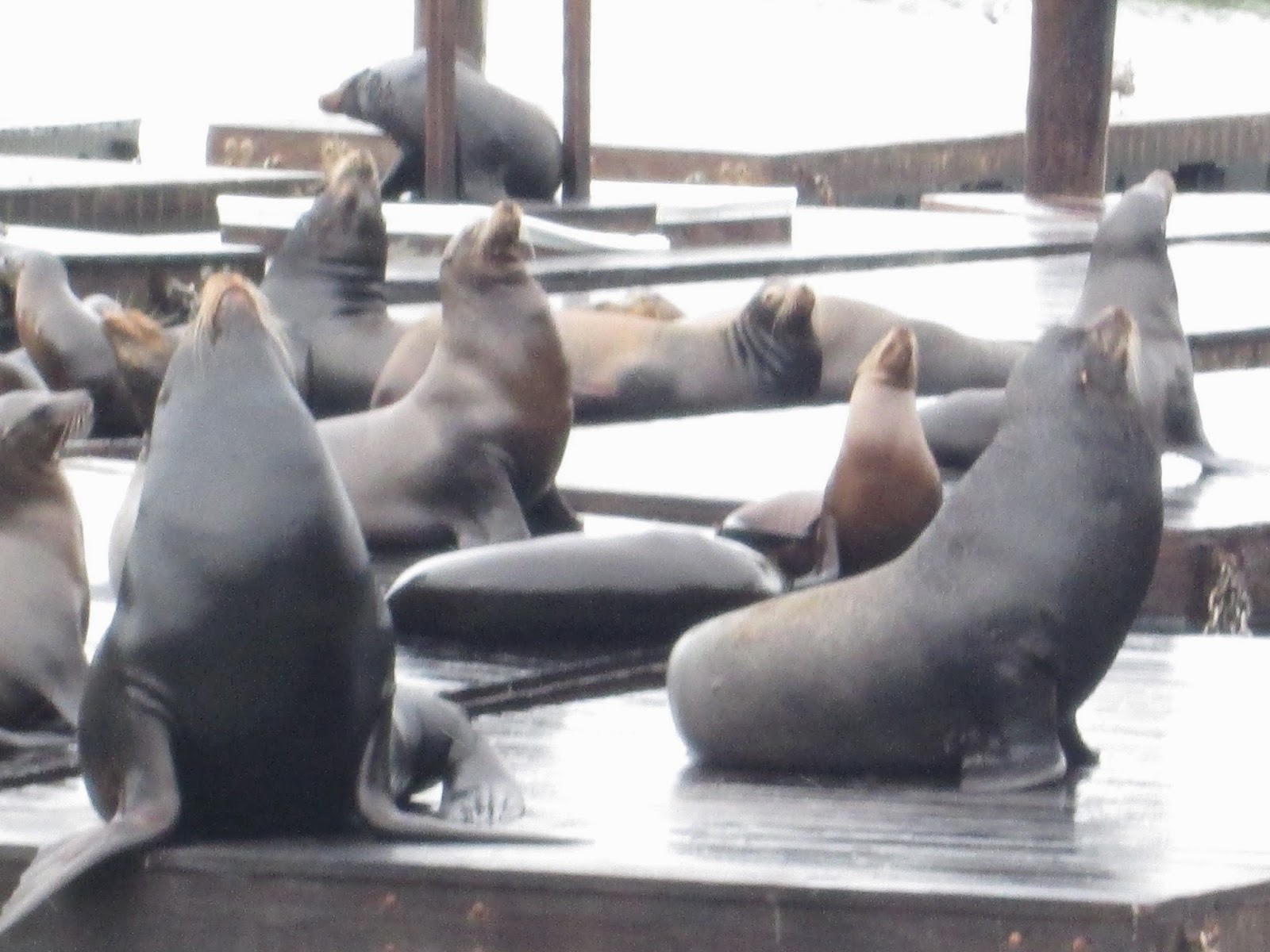 We had hot chocolate at the Ghirardelli factory and then lunch at Chinatown, which was all decked out for Chinese New Year, and went in search of a certain tea shop that my sister and I had stumbled across once five years ago, Vital Tea Leaf.  In addition to selling a huge variety of loose-leaf teas, both delicious and chock-full of health benefits, the shop has a special, welcoming atmosphere, inviting passersby in to give them a full demonstration of how to brew and serve the tea, with free samples for all!  So Rima and I took shelter there from the rainstorm that had rolled around and we drank fancy tea out of eggshell-sized teacups.  And we even got to chat to Uncle Gee, the wildly charismatic and hospitable owner who doled out hugs left and right and then went back to his post at the front door, where he stood shouting down potential customers, "Hey, you!  Come in here and have some tea!  It will make you YOUNGER!  And STRONGER!  And TWICE AS SEXY!" 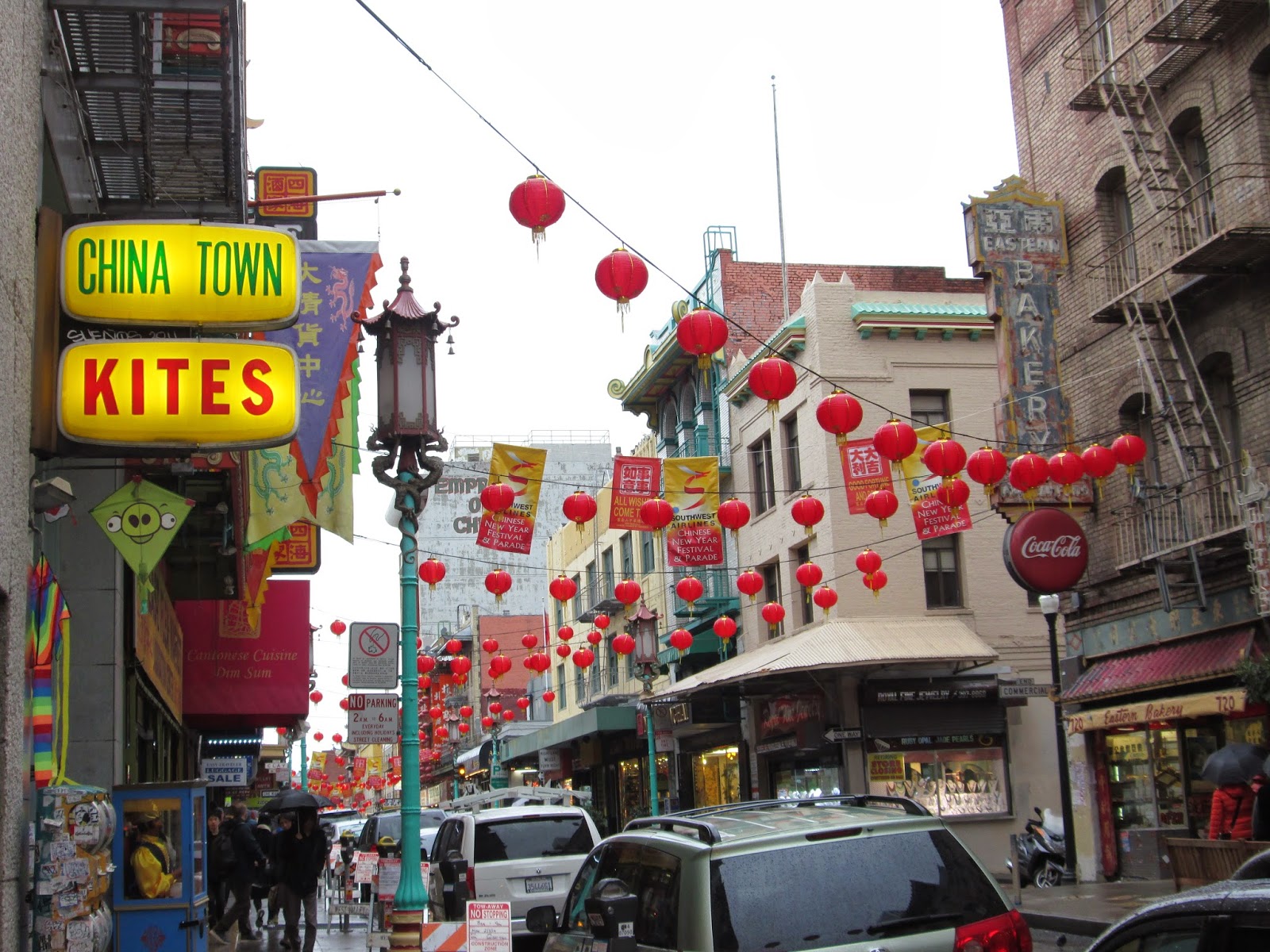 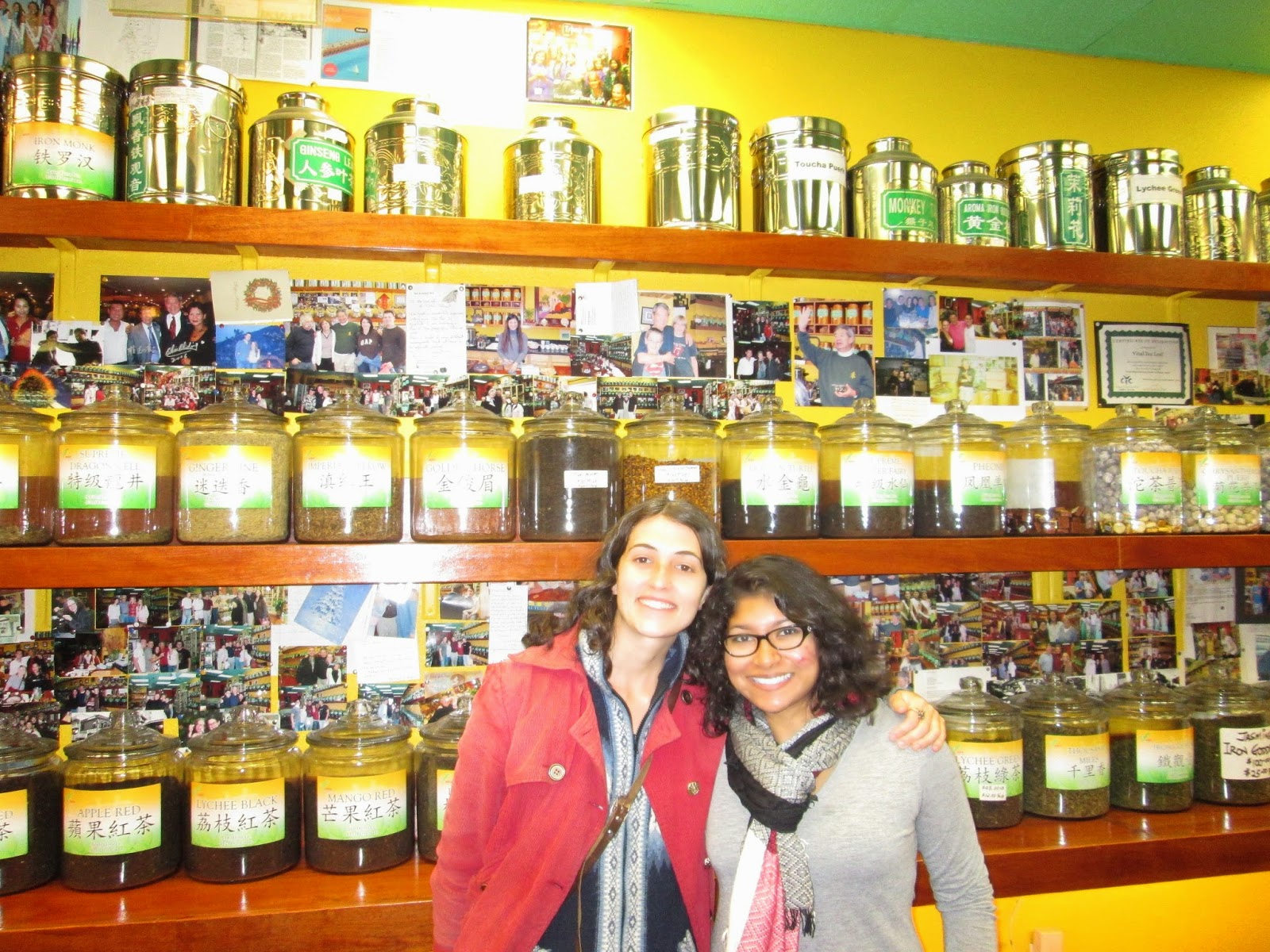 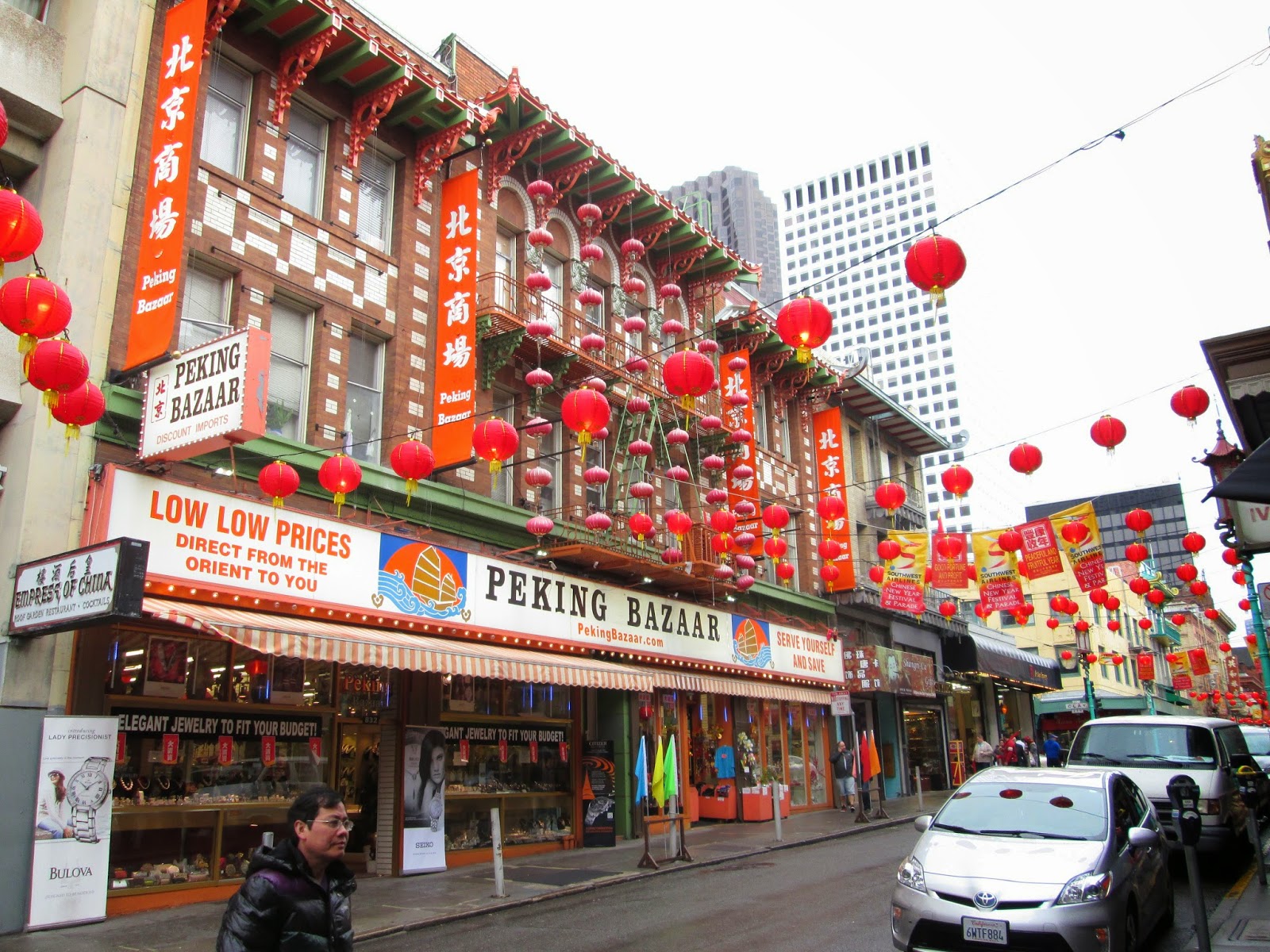 Following San Francisco, I hopped a Greyhound north to Chico where I spent the next week being fed tea and fancy chocolates and gingerbread cookies by Katharine, my age-old (but not quite as age-old as Rima, whom I'd known since high school,) roommate that I hadn't seen since January of 2010 when I stopped by Frankfurt on a trip from Moscow to Helsinki.  It was a cozy and delightful time of cooking borscht and going on a promenade through the fairy tale playground, drinking artistic beers at the local microbrewery, taking a tour of the historic Bidwell mansion and their garage of turn of the century motorcars, and visiting the world's very biggest working yo-yo (they needed a crane to yo-yo it!) 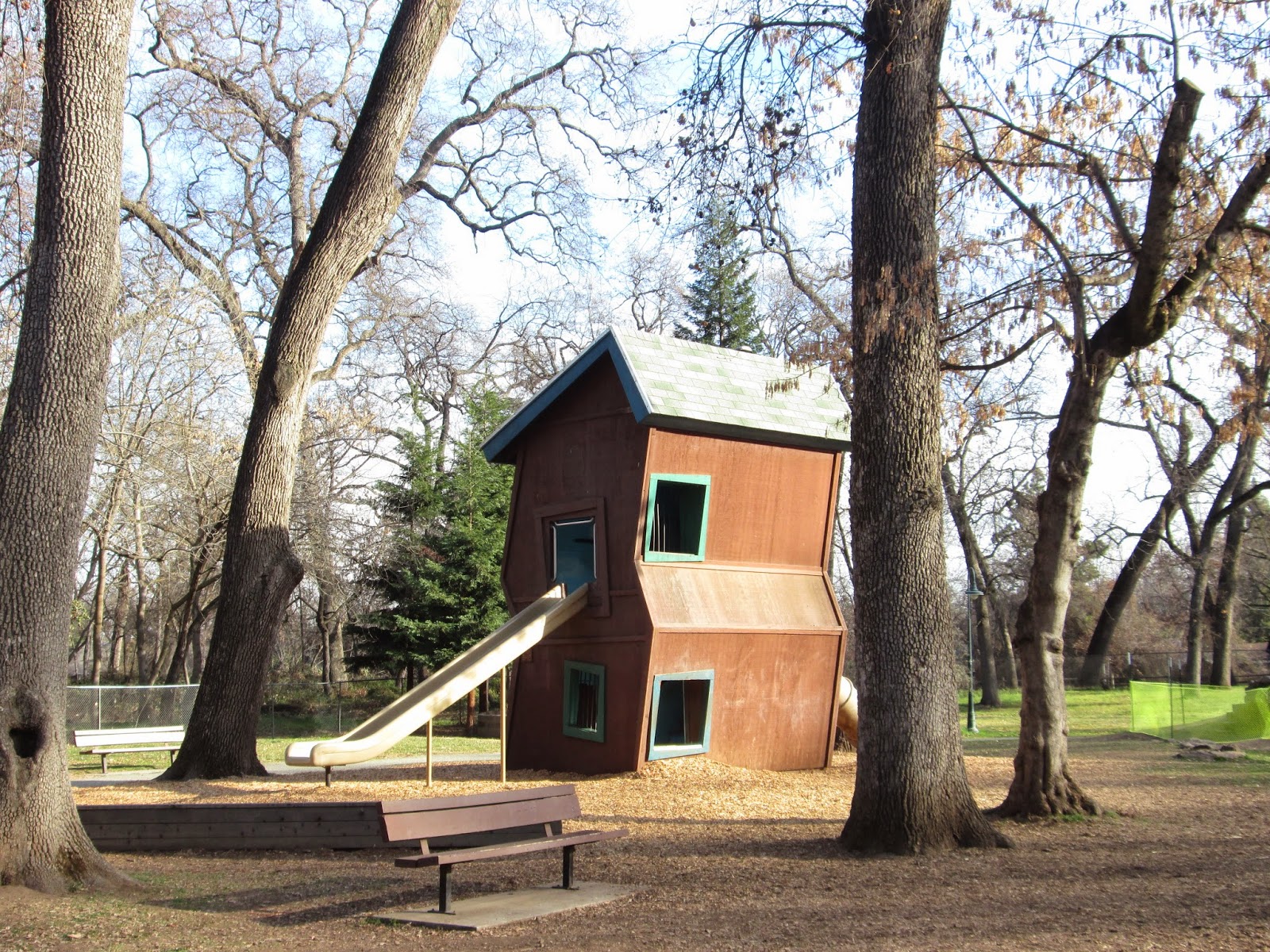 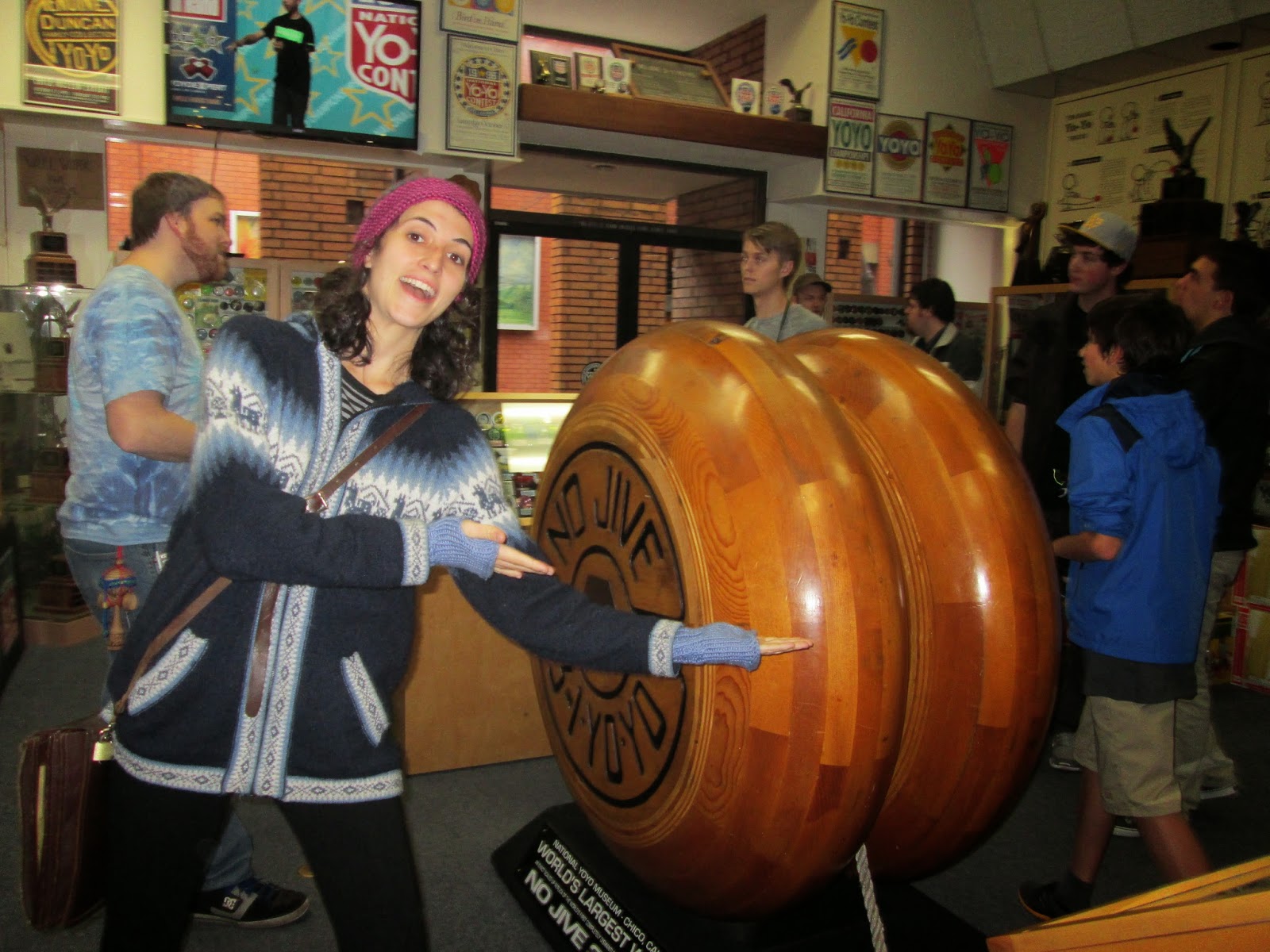 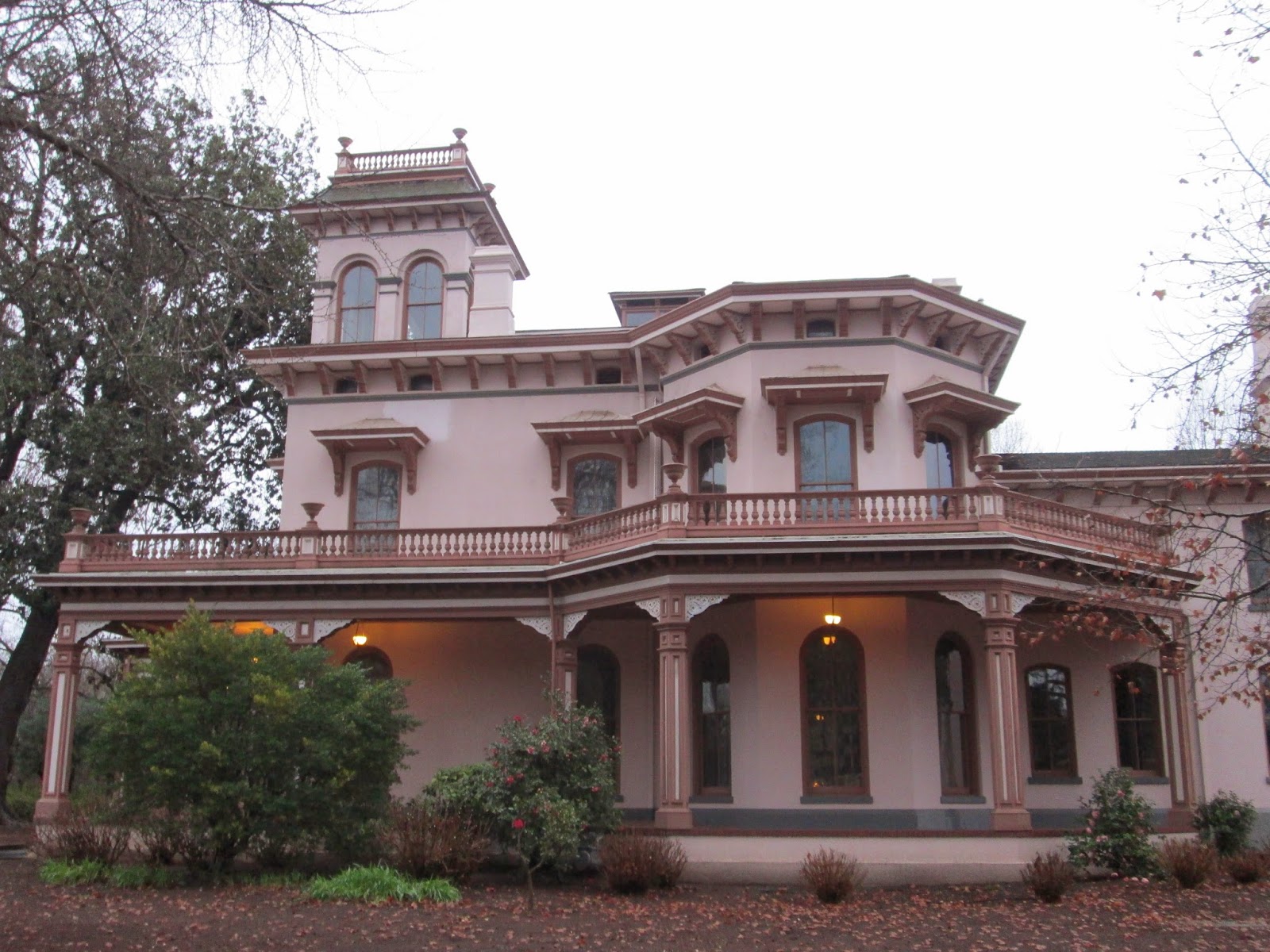 But mostly we just sat around wrapped up in blankets and played with her cat, Punkin.  Punkin was a very dapper cat indeed - he was all black with little white patches like he was wearing a tiny tuxedo and elegant cuff-links, and he bore himself with the brooding mien of a Byronic hero.  And then, when you were sleeping, he would sneak over and step quite delicately on your face. 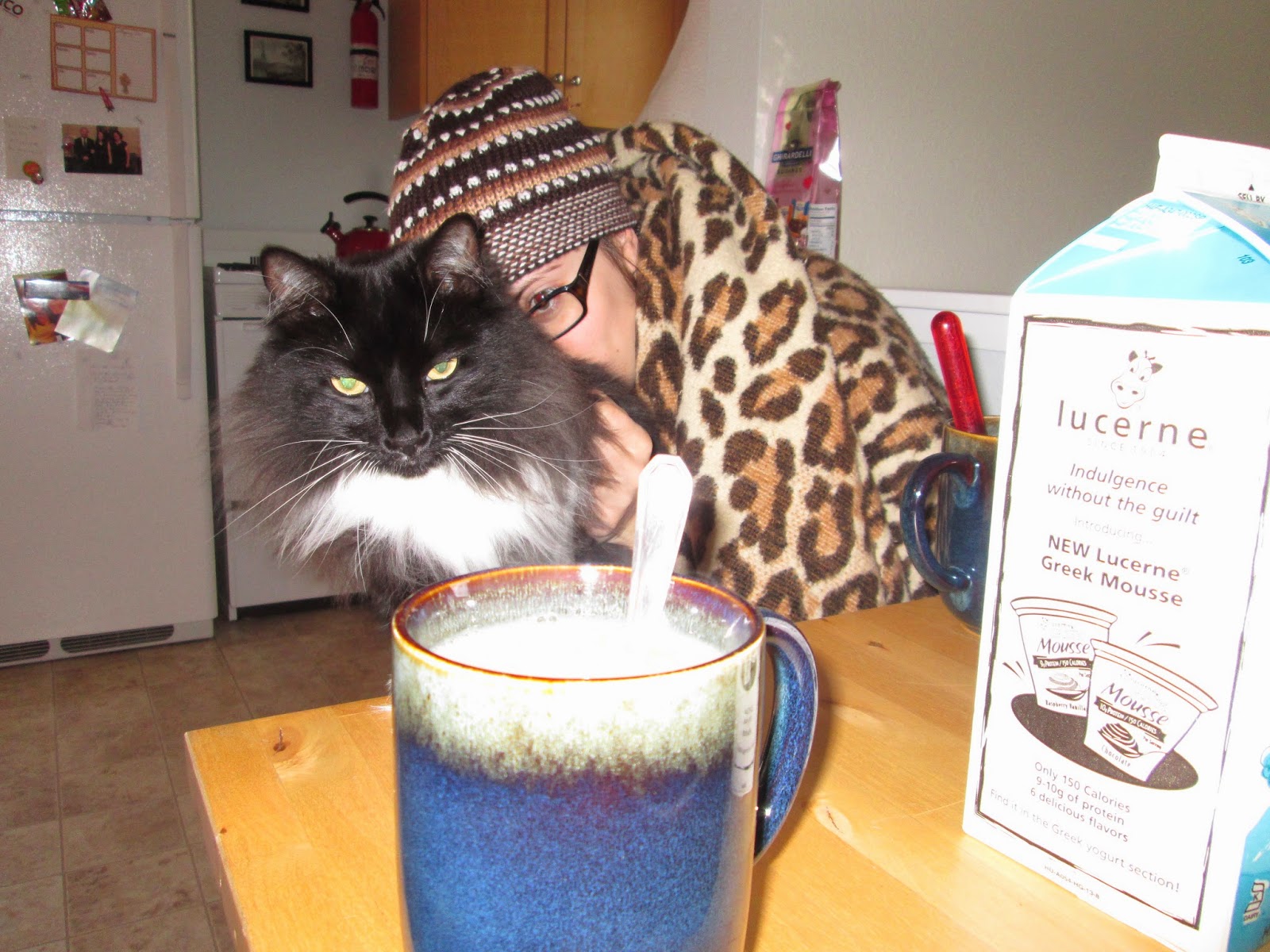 And for now - until June, anyway - I'm through with traveling and shall spend my days focusing on writing projects and visa schemes.  I am, of course, knitting far more than I should, so any updates prior to me leaving for London will most likely be me babbling about my knitting attempts and experiments with cables and other over-my-head techniques.  Until then!
Posted by Unknown at 8:57 AM 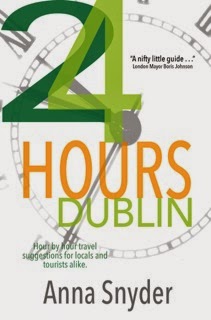